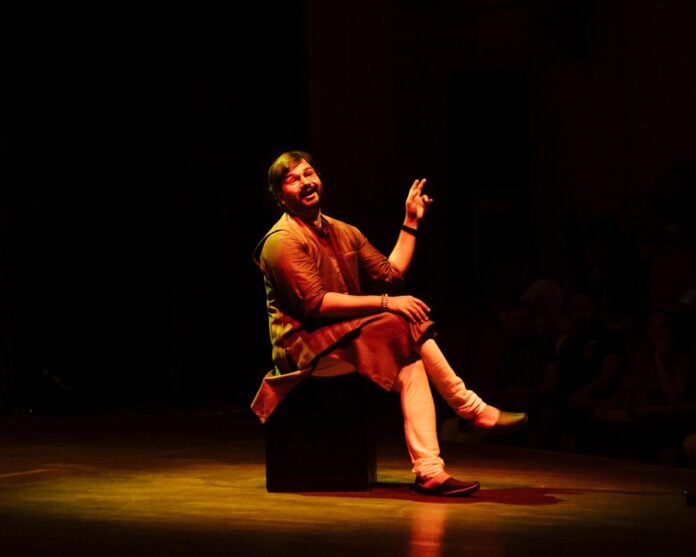 Vijit Singh aka Musafir Kissonwala performed one of his most awaited storytelling show ‘Neta Ji Bose’ in Lucknow. Show was performed at thrust auditorium of Bhartendu Natya Akademi, Lucknow. Vijit narrated the story of the freedom fighter Netaji Subhas Chandra Bose. He narrated the dynamic role of Bose in India’s independence and the stories of the man whose thoughts itself were a revolution.

In between the narration, the audience applauded the performance at every anecdote depicting the valour of the freedom fighter. Moving towards the end of the performance, the Indian flag was raised and the audience stood up for the national anthem. The evening ended with the audience giving a standing ovation and a continuous round of applause echoed in the auditorium

Show was written, directed and performed by Vijit Singh.